The Business of Happiness – YYC Cycle 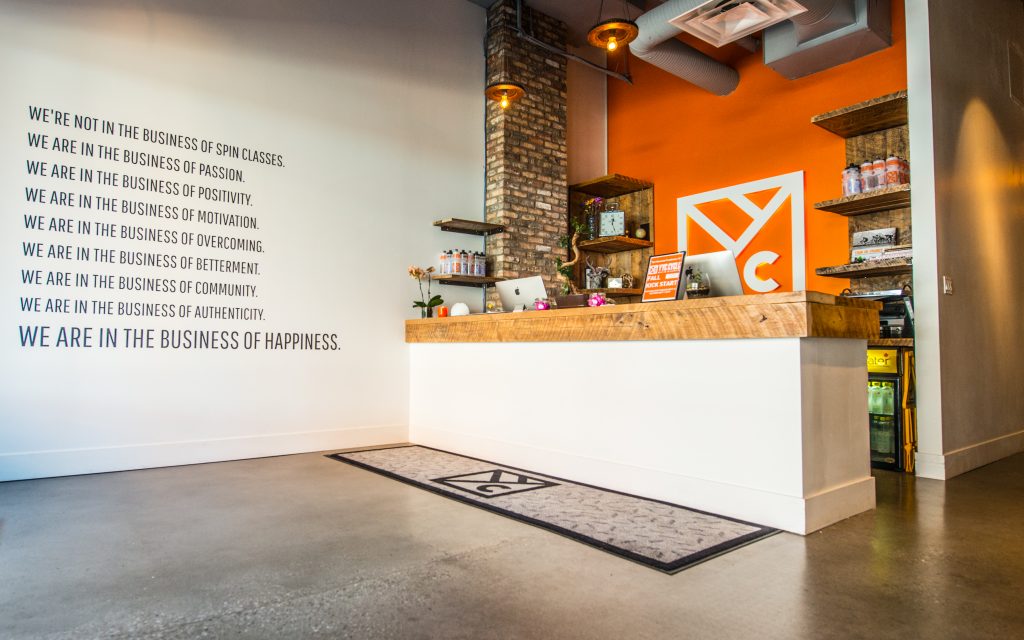 The business of happiness, or more commonly known as YYC Cycle is one of many boutique fitness studios located in the Kensington community. YYC Cycle was started by three friends and Calgary natives, Andrew Obrecht, Grady Topak and Warren Matzelle in 2014 in an effort to create a place to work out that was unlike any other within the city. This mission has been a huge success as just last year they opened their third studio in Calgary and second studio in Edmonton.

The thing that makes YYC Cycle different is posted on the wall at all of their studios. The mantra that they live by, “we are not in the business of spin classes, we are in the business of passion, positivity, motivation, overcoming, betterment, community and authenticity. We are in the business of happiness.” Whether it’s their weekly GIVE’R class, charity rides or even their own following of ‘bikergang’ members, this mantra can be seen in everything they do.

Their first studio opened its doors on March 17, 2014 on Kensington Road, where they are still located today. According to Montana Butler, Regional Manager of YYC Cycle the best part of being located in Kensington is, “the community. It is part of the mantra that we have on our wall and is such an important piece of who we are. Kensington has accepted us as part of their community since day one and we are so fortunate to still to this day have such devoted ‘bikergang’ members at our original studio.” 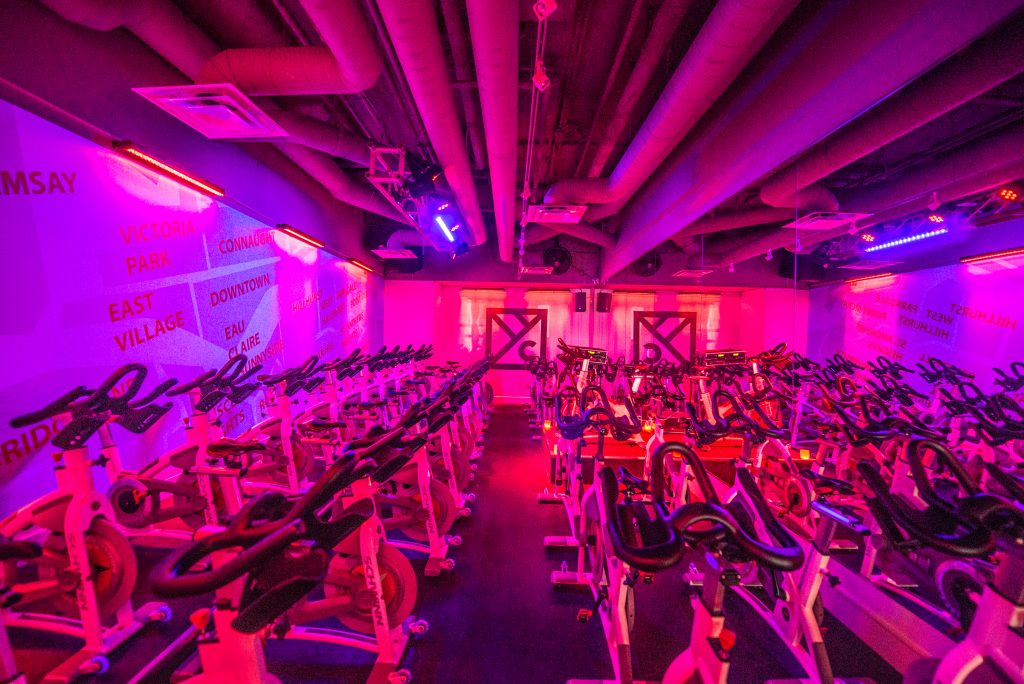 YYC Cycle maintains this relationship with the community through their weekly GIVE’R classes. Every Friday night at 6:40 p.m. each studio hosts a charity class for 10 dollars, half the price of a regular drop-in with all of the proceeds going to that quarter’s local charity. This quarters charity is Safe Haven Canada, a charity that helps Calgary’s homeless and at-risk teenage girls get their future back. Through this effort, over the last four years they have donated over 500,000 dollars to local charities in Calgary.

In addition to the GIVE’R class, YYC Cycle offers a variety of passes sure to fit any rider’s needs. They offer class passes of 5, 10 and 20 rides and unlimited passes for 1 month, 6 months or a 1 year. For new riders, YYC Cycle also offers a 3-week unlimited pass for 65 dollars.