Great leaders have the courage to take leaps of faith to achieve their goals.

Calgary’s city council and administration were those leaders this week. Approval of the downtown strategy is a bold move, a risky move, a visionary move and the right move.

The Downtown Revitalization Strategy represents the culmination of years of hard work to mitigate the economic disaster devastating Calgary’s economy since 2015 when oil prices collapsed and a property tax crisis ensued. 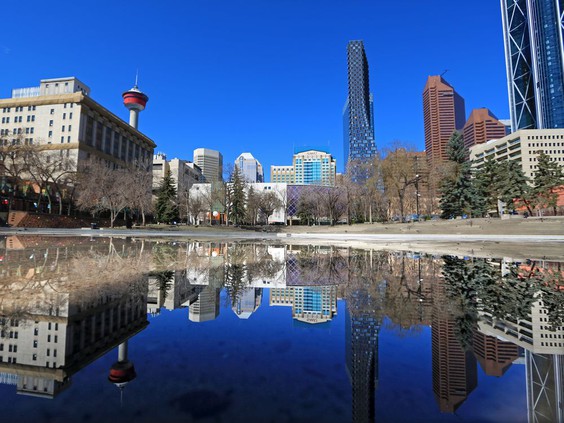 Initially, of course, we all accepted this as yet another boom and bust cycle. But by 2017 it became obvious this downturn was different. City budget cuts and using fiscal reserves were not going to be enough to rescue our economy.

Behind the scenes, council and administration were working to fix our broken economy. Two financial task forces were created to come up with bold solutions to help businesses, protect city services and solve our economic problems. One task force worked on immediate solutions to offset the property tax shift and economic crisis recommending further use of fiscal reserves and a tax shift correction to spread the property tax burden across more shoulders rather than leave small and medium businesses bearing the brunt of the ongoing crisis. An administration financial task force worked to try to fix our broken property tax system. This financial task force recommended 35 ideas for other sources of revenue to try to fix Calgary’s broken economy. Another group was working on revitalizing downtown.

All this work prior to the pandemic is the silver lining to Calgary’s economic crisis which has been exacerbated by the pandemic. An economic crisis is looming for all large cities as a result of pandemic spending to support residents and businesses. Calgary is fortunate to be ahead of the curve in thinking about how to create a revenue system better able to support the social, environmental and fiscal realities faced by large cities.

The pandemic has created a fear of public spaces and crowded streets, an increasing exodus of populations and businesses from big-city downtowns and too many shuttered and at-risk businesses. Bold action is needed now if inner cities are to survive and thrive.

This plan is a made-in-Calgary solution. We are not waiting for other governments to rescue us; we are not waiting for things to get better. We are taking the reins of Calgary’s destiny into our own hands and creating a better future with a detailed action plan and committing funds to achieve that future.

Council did its job making hard decisions on behalf of all Calgarians. Council voted to invest time and energy and vision and, yes, money in plans for a better future. So I say, bravo council; bravo administration. This is a plan for a new and improved Calgary, one where boom and bust cycles are our past, not our future.

Annie MacInnis has been executive director of the Kensington Business Improvement Area for 19 years, was a member of the financial task force led by the Calgary’s CFO Carla Male, is a co-founder of the first Alberta Alliance of BIAs and is a founding member of the first Canadian chapter of the International Downtown Association.