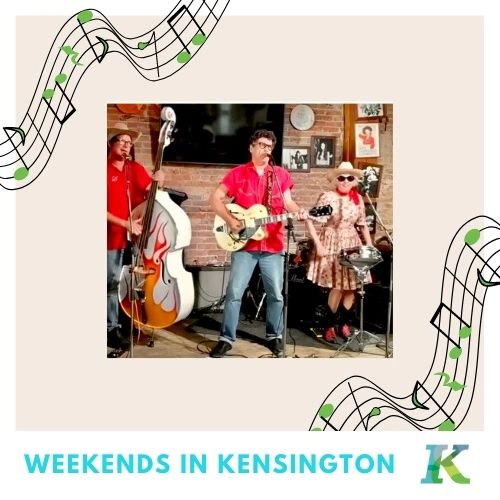 @thesadlierbrownband consists of three core members. Mark Sadlier-Brown (guitar and vocals), Dylan Sadlier-Brown (upright bass and vocals) and Mark’s wife, Bev Bruce (percussion). Mark Sadlier-Brown is the frontman and has been playing is own kind of rootsy, rockabilly, folk and proto-jazz music for years. He also wrote “spur of the moment” songs for the local CBC station in Calgary. Mark performed as a member of “The Highwater Jugband” and the “Alien Rebels”.

The Sadlier-Brown band likes to mix original songs with obscure vintage songs to give you a creative show. The band’s music mostly ranges from the era of the 50’s and into the 60’s. All of their music is played with an infectious solid rhythm that encourages dancing. The look and style of the band is vintage. This includes clothes and instruments dating from the early time of country and rockabilly jive music. Catch their performance outside of @trappedcalgary on Sunday, July 31 from 12:30 p.m. – 2:30 p.m.